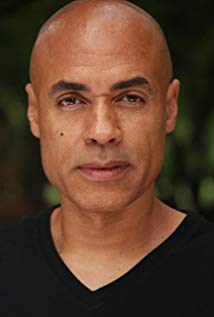 Cornelius Muller Actor/Producer/Writer is a graduate of Elon University with a BA in Human Services. He has been studying Method acting for the past 11 years.  He is a businessman, visual arts supporter and long-standing contributor in Alamance County, NC for over 20 years.

His initial project, Brother’s Keeper was a short film released in 2010 and screened by thousands.

His first full-length feature film project titled “Find A Way” is currently in distribution under Warner Word.  Inspired by a true story of an outstanding young man named Harry Cohen, Find A Way will stand as a tribute to Harry and the numerous other young lives lost each year and be a beacon of hope for us all.

Muller’s second film project is soon to be released in early 2019 by “Global Genesis Group” titled: “Sacred Hearts”.  Creating Sacred Hearts was the beginning of a new dream.

Cornelius Muller Productions, LLC was formed with a mission to create family inspirational films that inspire, uplift and entertain.  One of the main goals is to use the profits from the films to fund charitable institutions and support organizations such as Water for Life, which helps prevent deaths that occur every 20 seconds from water borne diseases, and Feed the Hungry, which supplies food to hungry, hurting people here domestically and in 92 nations around the globe to help prevent the deaths of children from hunger.  Local charities such as the Harry Cohen Memorial Scholarship will also be funded to provide financial assistance to deserving students to offset college tuition.  A minimum of 10 percent of the profits from this film will make a major physical difference in the lives of numerous people around the world while also making the gospel known.